Use Your Allusion: How Final Fantasy III Made Les Misérables Seem So Strange 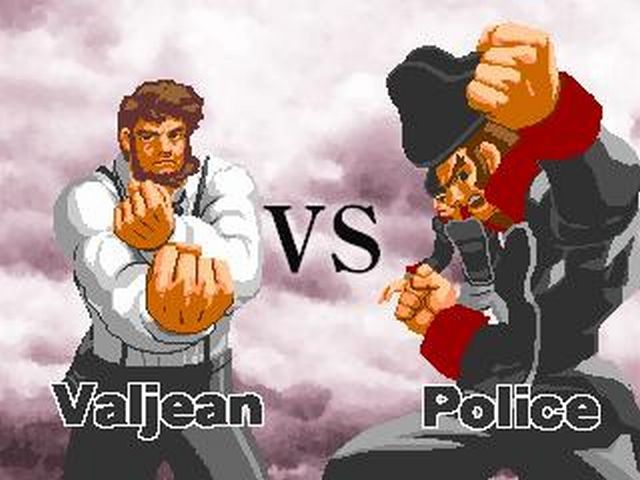 Are you fairly well versed in Square games from the Super Nintendo period? I’m talking Final Fantasy II & III (technically IV and VI in the full Japanese canon), Chrono Trigger, Secret of Mana–epic quests with a late Victorian/semi-steampunk setting. The protagonist was usually a revolutionary, a freer of people, and probably an inadvertent one. Almost always, one character or another had to hide a secret past, both from newfound allies and relentless authorities. There was usually an epic battle at the height of the plot, after which everything might seem lost. And the music had recurring, swelling themes that made you want to sit up a bit in your comfy seat, raise your hand off the L and R buttons, and maybe pump your fist a bit toward victory.

As you’ve probably guessed, these games were not an insignificant part of my formative years. Which is why when I saw Les Misérables for the first time (I know, I know) earlier this month, I had one of those weird moments where you came across a source material long after you’d absorbed all its varied offspring. The connection is definitely there, at least in the eye of fans of musicals and role-playing games. Witness “Chrono Trigger: The Musical,” performed by a man aiming to recreate the voice of the original Jean Valjean . Search out “Les Miserables Final Fantasy,” and you’re treated to a long list of Fantasy/Miserables mashups. And the last paragraph of a Final Fantasy III/VI review on Amazon puts its best:

Have you ever wondered how the cast of Les Miserables would fare in a steampunk world where they were pitted against Darth Vader and Emperor Palpatine? Play this very entertaining game and find out.

So Les Mis made me reminisce. Did I enjoy the show any less because of it? Maybe. Even with a conscious effort to place the Broadway classic, more so Victor Hugo’s novel, far, far ahead of Square’s founding in 1983, or maybe because of that, I kept apologizing to myself for many moments, big and little, feeling familiar. Because my wife knew I’d never seen any version of the show, and knew only a few lines of one song due to a Seinfeld plot gag, she was probably expecting more surprise, more reaction from me at key moments. Instead, I’d just grin and think about flying galleons and dark-cloaked mages who took on new names.

So I let down my own expectations, and maybe a few of my wife’s, but that’s the deal with expectations. Do I wish I’d seen Les Mis sooner? Should Square have made it more explicit in what they were cribbing, pulling, and outright jacking from a classic tale of revolution and personal redemption? And did “Les Mis” become such a popular abbreviation because it’s really annoying to find the European accent for the full Les Misérables on keyboards or, in my case, search it out on the web and copy it?

To the first paragraph-creating-question, no, and to the second, no. But I do wonder how many of my peers are going to hit upon these themes and connections at this later stage of their life, and if it means that keeping track of the roots and original references is going to become a labor of love for more genres. That’s already the case with music. It is always some poor soul’s job to trace back this and that techno. To remind us all of where the hip-hop samples come from. To tell the story of how American R&B, arriving over trans-ocean radio waves, mixed with island rhythms to give us reggae, and how at the root of both of those are the gospel-derived field hollers from work camps, with the long-handled ho always landing on the one.

Will a similar kind of archiving, reference-tracing, and credit-giving be meted out for those of us who grew up with plot-driven games? I sincerely hope so.

Top image taken from “Arm Joe,” a seemingly defunct free _Street Fighter-style game that lets you fight for, uh, the title of Most Wretched? (Description at Wikipedia)_