The Still Pool of the Personal Brand 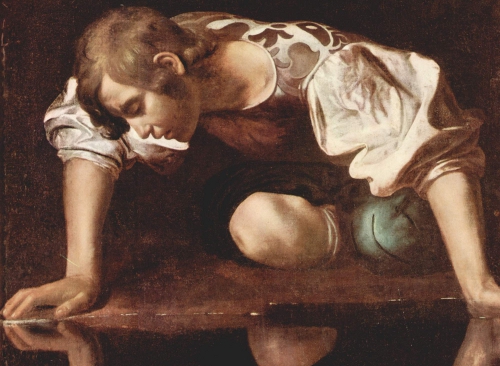 “What’s your Twitter handle? Are you looking for VC money? On Foursquare? HELLOOOO?!?” (image via Wikimedia Commons).

Over a long weekend in September 2007, and right before I sent an overly earnest pitch letter to the editors at Lifehacker, I created this web site so that I might appear impressive, experienced, and engaged in the wider world of tech.

Once I’d made the jump to being actually engaged as a full-time, at-home, independent editor and freelancer, I made updates to the site so as to appear busy and important. Once I was busy, and at least self-important, I wanted to appear responsive, involved, and all kinds of quirky.

These days, I have no time to appear anything at all. Or appear most anywhere, unless it’s tangentially work-related or deductible from taxes. Free food, sure, but otherwise, no dice.

This is, as The Wire’s Marlo Stanfield put it, “One of those good problems.” Still, I occasionally get time to look back over my shoulder and notice how much space I’ve put between myself and this site, and its original aims at being about me, my interests, the people who share my interests and earn my respect, and the place where I live.

Oh, well. This update mostly keeps the pace down that same, singular street, but let’s hope it’s the last block before I turn the corner again. Having pounded that extended metaphor into the pavement (meta!), let’s get to the new stuff about me, me, me: 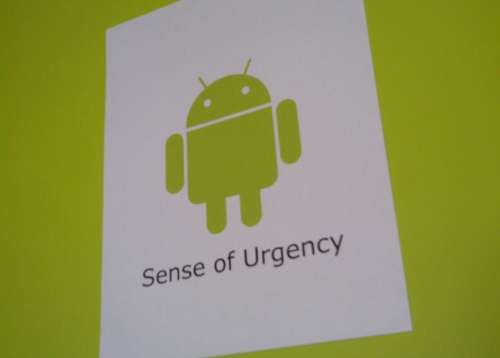 Writing a book: The Complete Guide to Android. There is nothing to show at this point, and nothing’s ever certain. But I’m sure trying to get something done, in the vein of Gina Trapani’s Complete Guide to Google Wave, with the topic being the rising Android smartphone OS from Google.

This Week in Google: We all listen when Gina suggests something, and she was kind enough to suggest to the host of This Week in Google that I appear to talk about a Top 10 Android Apps post, and other topics related to Android. So I plugged in my webcam, sat my headset on my ears, and had more fun than I’ve ever had with a camera on me.

You can grab audio and (soon) video from that episode, “Perky Jerky,” at the site. If you dug the topics and talk, subscribe to This Week in Google from iTunes, or head to the show site for other feed options. I get through it every week, often while cooking or watching dishes. It’s like having some really nerdy, wonderful friends let you join them at their tech table.

As you might imagine, it’s a Buffalo-focused take on the Iron Chef (America) phenomenon, with two chefs–one a “Nickel City Chef” from Buffalo, the other a challenger–competing, on deadline, to imaginatively incorporate a secret ingredient into several dishes.

I was asked to represent Buffalo Spree magazine as a judge at the first regular season throw-down, and I gladly accepted, since tickets last year sold out before I could think twice about it. Adam Goetz from SAMPLE took on challenger Ross Warhol, executive chef at the Chautauqua Institution’s Athenaeum Hotel, with the secret ingredient being whole milk ricotta cheese from Sorrento, itself headquartered in Buffalo. 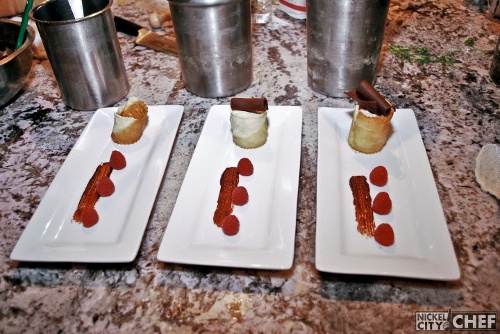 Artvoice’s 5 Questions With … Were asked of me. My dad later informed me that the “little brown device” he carried around was actually a signal emitter that let him use his own long distance service over AT&T lines. Which is kind of neat, to learn your dad dabbled in phone phreaking while you were wolfing down Honey Nut Cheerios.

Pittsburgh Post-Gazette: Interviewed me for a feature, “‘Life hack’ aims to boost productivity in workplace.” Steve Twedt was great to talk to, and genuinely interested in learning about the roots, range, and regular uses of all kinds of things Lifehacker-ish. 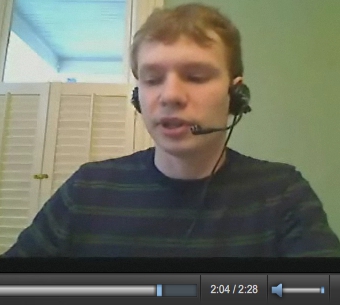 CBS3 Philadelphia: Did a video Skype interview for a feature on resolution-keeping apps.

Yeesh. I feel like I’m about to drown in the internet equivalent of a very still pond. With all that What I’ve Been Up To out of the way, though, I aim to write something else next time. Something with cheese, perhaps.