The Android Book, Fanboys, Printable Check-Ins, and Goodbye to 2010 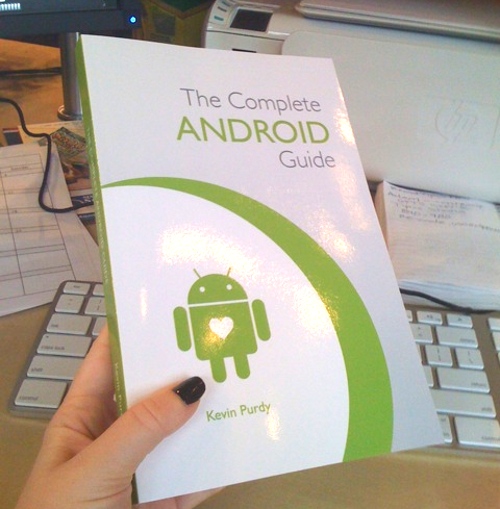 That’s not my black nail polish, or my hand, or Mac setup, even if they’re all pretty nice. Photo by @cassandrarife.

If you want something done, the saying goes, give it to a busy person. Except a personal blog post.

The busiest people I know, especially those that write online for a living, wear their guilt about personal blog neglect in constant, public fashion, like one of those rubber fundraiser bracelets (CMStrong?). But forces outside the reluctant ego-blogger occasionally align and conspire against them. Forces like a tardy FedEx deliveryman, two cold fronts, a reluctant Jet Blue, and an eight-hour train ride. So, here goes:

It’s a how-to guide for Android smartphone users, covering all the little buttons, menus, inter-app capabilities, system settings, and interface differences that make owning a Droid, EVO, Galaxy, Nexus, or any other Google-powered smartphone so fun–and intimidating. The first edition is available for purchase, both as a print edition and an ebook that looks great on a Kindle, iPad, or any screen, really.

I’m majorly proud of the team at 3Ones that helped put this together, and continues to support the product, but I’m also inspired by the business model they’ve put together. New editions come out just as soon as I have time to check out new Google releases, and those who own previous editions can get new ebook copies, covering all the changes, for just 99 cents. At this very moment, I’m only hours away from turning on a Nexus S and taking screenshots of Android 2.3 (a.k.a. “Gingerbread.”) And the whole thing is available as a free wiki for anyone to read–that’s where I write my changes and rethink the sections. And the ebook product is unencumbered by copy protection or device-specific coding. You can use those PDF and ePub files on any device you choose, as many as you have.

(I’ll write more about the book, writing it, updating it, and the whole process in another post. No, seriously! It’s already half-drafted, and just taunting me from the WordPress queue.)

If I haven’t been working on Lifehacker, procrastinating on the Complete Android Guide, or learning to make better hard cider of late, I’ve probably been pecking away at the huge mountain of group effort that is TEDx Buffalo. It’s a locally organized version of the inspiring and viral TED conference, where big thinkers in technology, education, and design have given phenomenal 18-minute talks.

Our version is certainly smaller-scale, but only in raw size. A group meets about once a week to patch together speaker lists, think out logistics, and argue passionately but politely about what kind of conference puts the most spirited people together to talk about making Buffalo better.

Want to help out? We can use all you have, whether it’s a speaker pitch, an offer of free services, or straight-up sponsorship, in any amount. Follow TEDx Buffalo on Twitter, “Like” it on Facebook, and you’ll get notified about our open meetings and iterative progress. The go date is April 7, 2011–help out now, if you can.

Someone Comes to Town, Someone Leaves Town: 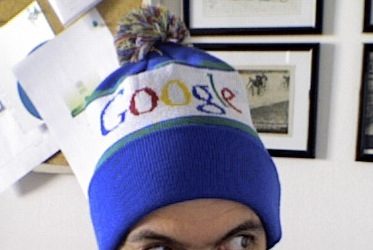 Speaking of simplification! Writing a book about Android phones, while simultaneously trying to cover the latest updates and finds for Windows, Mac, Linux, more than a dozen notable browsers, and thousands of nifty webapp services, has certainly made my input streams more, shall we say, pointed. Other Lifehacker writers experience this, too, from time to time. So, here’s some air-clearing. (Photo by Snazzo.)

I did write an entire 280-plus page book about how to use Android. I do own a Nexus One, perhaps the most geeky of Android phones out there (up until the Nexus S). And I’m lucky enough that Google sometimes lets me borrow a new device to try it out and document the best ways to use it. I am enthusiastic about the potential of Android, and I’m generally more sympathetic to open-source projects than walled gardens, cathedrals, or whatever Renaissance-era allegory you want to use for proprietary technology.

But I also think Apple products, and many of the third-party developers working in the Apple-sphere, are so, so sleek. And when it comes time to do my morning shift at Lifehacker, I generally boot into Windows, because it is, at least for my particular needs, where everything works.

My job, at both Lifehacker and my Android guide writer’s desk, is to explain and detail the ways one can use technology-quirks, bugs, aggravations and all. So, in turn, my list of complaints and failings and what-the-whats about Android is much, much longer than it is for iPhones. Similarly, I spend a good deal more time digging into the possibilities and not-quite-there-ness of Boxee than XBMC, Roku units, AppleTV, or other set-top systems. I try, in every post, to keep it fair, but I’d bet that the areas of technology I’m writing the most about are also the subjects about which I have the most, and the most varied, complaints to lodge.

If you happen to notice a Facebook-styled sticker on the front window of an H&M; clothing store, you’d see that if you “check in” through Facebook places, you can get a “special discount”–20 percent off one item, for instance. Then you find out that you only see that discount if you check in through the iPhone app or the iPhone-style touch.facebook.com mobile webapp. One clerk, in fact, might tell you that they can’t process your discount, even if you hand them your phone, because “The web site needs to tell me what to type in.”

“Fine,” you might say, “I’ll forego a perfectly decent Android app, load up the ‘touch’ site, and nab that coupon.” Sure enough, there’s a coupon listed under another H&M; check-in, even if it doesn’t happen to actually provide any codes or links. But you did it! You checked into one particular location-based service through a very specific client, and you’re on your way! Except this time, another clerk tells you that “We can’t use any coupons unless you print it out.” You hand over your phone, again, showing that previously mentioned “what to type in,” and you get a repeat of the print requirement.

So now you’ve checked into H&M; twice on Facebook, opening yourself up to all manner of chain-fashion backlash, and done nothing but anger two different store clerks. Resigned to this fate, you almost give up on “checking in” for the weekend, but you do want to note the greatness of a Korean fried chicken shop nearby. But, hark! Your hotel, apparently, offers a free hotel with a Foursquare check-in, and you’ve got a four block walk in the rain! Except … yeah, the clerk has never heard of this deal, and they’re out of “promotional umbrellas” (which you may liberally steal for your band/fantasy league team/Xbox Live name).

My wife previously had it out with a hotel that offered a “Tell us you saw us on Facebook” discount, learning just how vast a container “certain restrictions apply” can be. In conclusion, I feel really, really bad for the customer service team at Groupon, and I feel like I’ve learned a lot about the high reputation cost of cheap advertising.

• On NPR’s Marketplace, as a Lifehacker contributing editor offering advice on securing and reclaiming your passwords, the same week everybody (legitimately) freaked out about having passwords exposed by Gawker Media (which owns Lifehacker).

• Appearing occasionally on This Week in Google to talk about Android matters and, well, Chipotle.

• Spoke on a panel at the RIT Social Media and Communication Symposium (SMACS) conference about how social media and technology will change journalism. I got to do what my wife calls my “Bubba Buffalo” thing, turning two different questions into short stories about Sabres rumors and crotchety complaints about my local paper.

• Lots of very kind write-ups about the Complete Android Guide, including a very deep read by The Buffalo News, blog posts from Android Guys, The How-To Geek, and others, and a really nice nod from Gina.

• E-interviewed by Buffalo Eats about, well, eating in Buffalo.

Since my last update of any broad reach was quite some time ago, I’d like to announce the following: