Taking on the Taste 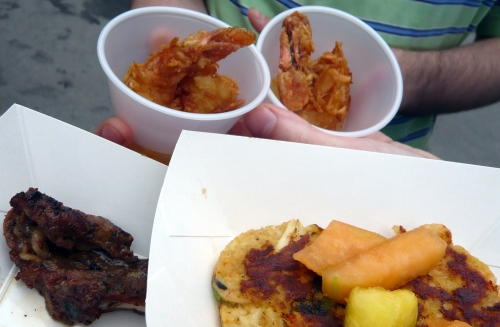 One man, alone (actually, accompanied by a patient wife and/or a friend or two) and unarmed (except with a camera, wallet, iPod touch, keys, a water bottle, pre-applied sunscreen and sunglasses) against a horde (nearly 60, actually) of Buffalo’s restaurants, all lined up on one avenue, for two days.

This epic tale can be found over at Buffalo Buffet, where I described my adventures at Taste of Buffalo 2008. The festival is one of many reasons that a city known for its shovel-thumping winters is a secret treasure in the summer.

Too busy to read the prose? Check out my Flickr set, or other food/photo geeks’ pics.