My 2012 Year in Review, Part 2, in Which Things from The Year Will Actually Be Reviewed 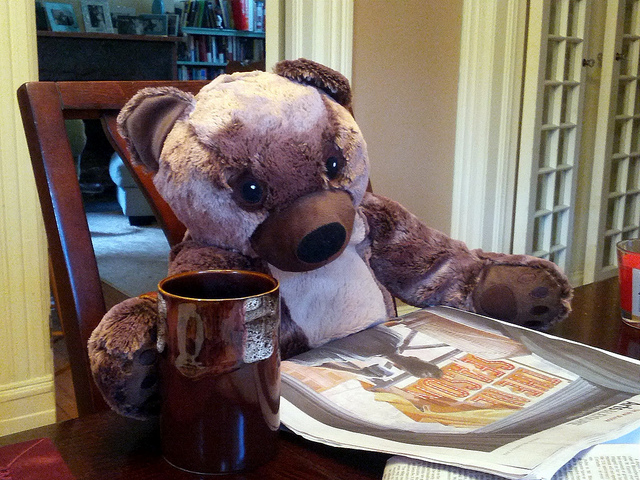 I wrote recently about the disparity between my Cocktail Party Online Self and being a real human. The shorter version: I am, online, a constant stream of accomplishments and links to friends and cool things, but, believe me, it’s not like that. Sometimes for the worse, often for the better. I received some very thoughtful emails about Part 1 of my 2012 review, and quite a few kind Facebook comments. I also picked up some responses that suggest inadvertently offering advice on how people might behave online is a fraught enterprise. The results, all of them, made me want to write: more, better, with purpose. Thank you.

On a related note, I also pledged in that post to try and write about things from 2012 in an “honest” way. Honest does not mean “every last detail,” but it’s a good frame to work in.

The theme from this year, reading it over now, seems to have been “Doing this stuff right is hard.” Off we go.

Four guys thought Buffalo could use a space where independent and remote workers could escape the distractions and loneliness of their house, yet have solid Wi-Fi, unlimited plugs, and coffee you don’t have to buy every hour. CoworkBuffalo opened in May 2012 and has worked out so far. We have paid our bills, hosted some neat events, made iterative improvements, established a small contingent of regulars, and we keep meeting new and interesting knowledge workers from around the region.

It is a really steep learning curve, though, going from “Working on a computer for people hundreds of miles away” to “Doing your best to make people 5 feet away comfortable.” We are learning the medium-hard way about space design, social dynamics, business partnerships, landlord relations, picking out usable feedback from tossed-off requests, and many other new things. Some days the place is humming with energy and warm bodies and collaboration, and some days not. There is so much I want to improve there, right as I’m sitting here typing this, but we don’t have unlimited capital, we’re all operating on spare-time-plus, and we want to keep things relatively lean, so we can actually last for a little while and discover more demand.

In any case, I’m really lucky to be able to plug away at creating a shared space in downtown Buffalo. My dad made his office downtown, I helped make an office downtown, and it’s usually a good challenge to keep it going. 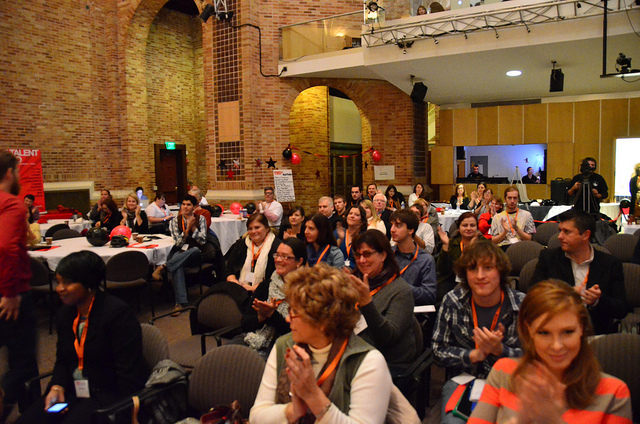 Seeing TEDxBuffalo 2011 come to fruition was one the greatest moments of my life—let’s go with one of the five greatest, actually. I’m not big on graduations.

The event license had seemed doomed, but was brought back. It felt like we had tapped some unknown desire in this small city for a fun day full of ideas . At one point in the last hour or so, my exhausted brain, unable to process how so many tiny threads that had come together into this big, positive mesh, just said to my body, “Start sweating!” My T-shirt from that year still has a kind of endearing smell.

TEDxBuffalo 2012 was much, much harder for me. I’m fairly certain it was harder on the other volunteer organizers, who had more than one occasion to wonder if their nominal leader was incapable of learning lessons from one year to the next. I assumed too much of what worked by coincidence and novelty in 2011 would work again. I started too late. I clung to that magic pairing pairing of “Having too many time-sensitive tasks for one busy person” and “Refusing to delegate and explain things sensibly.” My paid freelance writing suffered as I pulled last-ditch sprints on different aspects of a full-day conference.

In short, I learned a lot about what I don’t know about planning, events, and cultivating talent.

Many pieces of TEDxBuffalo 2012 worked. If nothing else, a dozen speakers and performers got a great chance to share their ideas and talents. But the best thing I did in 2012 was hand the reigns over to a very capable Chaz Adams, and pledge to commit myself in 2013 to the parts of the show I can definitely make better, without making myself worse.

In Pod Form & In Beta

I’m really proud of the side project Phil Dzikiy and I took on, In Pod Form. We started the podcast in late 2011, tried our best to record every week, but had to scale it back as both Phil and myself had our schedules up-ended (baby for him, TEDxBuffalo for me). I hope we get to do a few more episodes. A few high points:

Meanwhile, In Pod Form directly inspired Gina to push forward with In Beta, a podcast I do with her every week about apps, development, privacy, and whatever else we can come up with.

Both shows take me out of my comfort zone. If the goal is to give someone 36 or 45 minutes of discussion that’s worth listening to, that means catching yourself on tangents, scaling back interruptions, avoiding nervous “Yeah-uh-huh-totally” agreements, and choosing topics that aren’t just “Android security—go!,” but are usually about more than one thing. The first In Beta of 2013 is a pretty good example of when it works (and partly inspired Part 1 of this annual review).

There is no good excuse why The Complete Android Guide hasn’t been revised since Android 3.0. Books about moving targets are not easy (believe me, I know). But if there’s one thing I want to accomplish in 2013, this is it. No more excuses.

The Phantom King of Buffalo 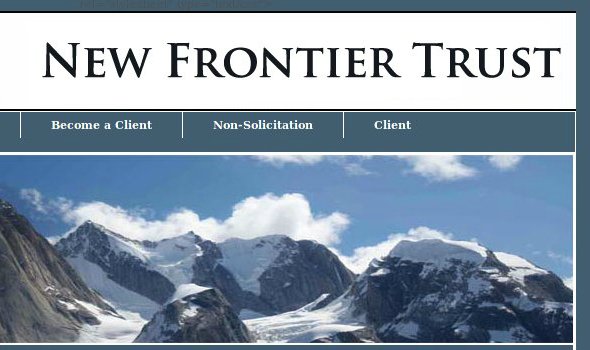 I wrote a rather long investigative feature for Buffalo Spree for the June 2012 issue. It was about Michael Wilson, the young guy who bought the most expensive homes ever sold in Buffalo, but also didn’t really buy them. It had a timeline, a sidebar or two, and even a “web exclusive”. It was a weird feeling, wearing an Actual Journalist hat once more.

But I’ll cut it straight with you—you, who are already more than 1,100 words into this self-indulgent thing. I researched the Hell out of that story, and did more edits on it than probably anything I’ve published. And while it’s cliché that feature writers can never let go of their copy, I left a bit too much raw data in there. I could have done more “heavy lifting” for the reader. Onward.

I do not write or call them enough. 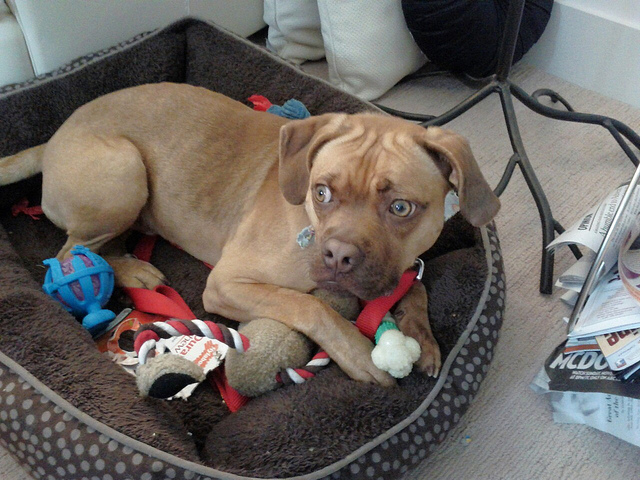 A family friend once gently chided my wife and I, telling us that when people ask us how many kids we have, we needed to stop responding with, “None, but we have two cats!” The implication was that it made us sound—I’m not sure. Crazy? Unaware of how different cats were from kids? Eager to give someone an answer other than “Zero, you heartless cudgel”?

In any case, I once heeded that friend’s advice. Now I’ve come to think “Any kids?” is the worst of all the anxious social questions, because it presumes quite a lot about, well, just about everything about someone you meet. Yes, you are sometimes compelled to ask someone about something. But not kids. If you insist on asking me whether I know what it’s like to care about something other than my credit score, I will tell you about Howard.

Howard is a puggle, probably, likely with some other breeds mixed in. Liz and I adopted him from the City of Buffalo Animal Shelter. I had to be persuaded. I had it on good advice that dogs are not like cats (or kids), that they did not make traveling easy, that training them went far beyond housebreaking, that separation anxiety can obliterate your patience. As my friend Phil put it, training and connecting with a dog was way outside my comfort zone.

Dogs don’t work for everyone, but Howard and Liz and I (and, to some extent, our cats) are getting along.