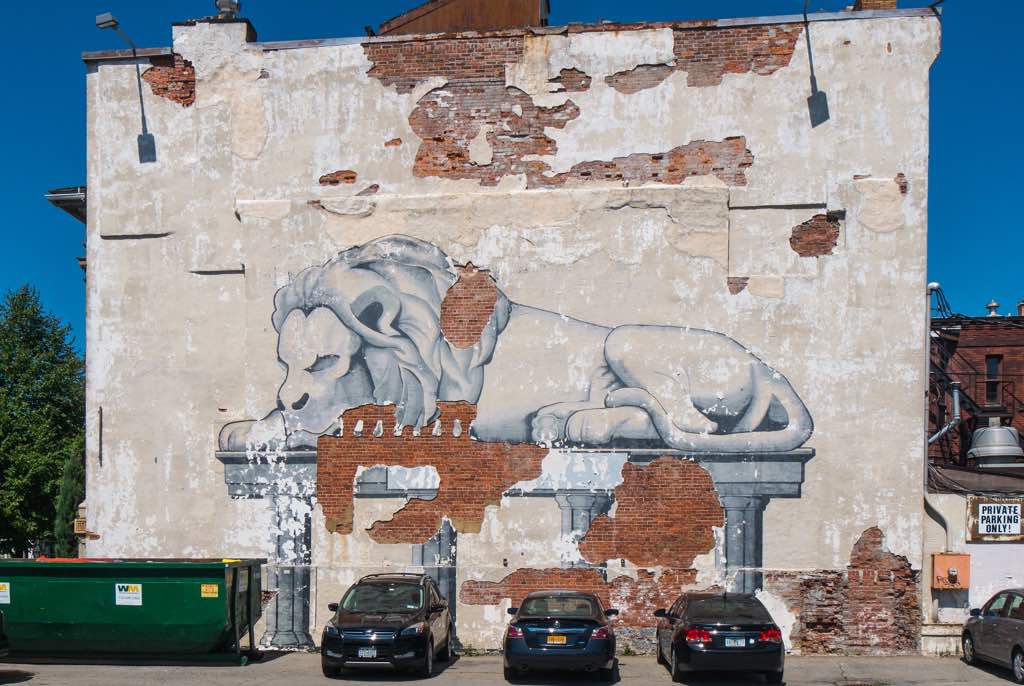 Some people, upon learning how we’ve lived our lives, are unable to conceal their chagrin on our behalf, that our lives should be so limited, as if experience so geographically circumscribed could be neither rich nor satisfying. When I assure them it has been both, their smiles suggest we’ve been blessed with self-deception by way of compensation for all we’ve missed. - Richard Russo, “Bridge of Sighs”

I have sold my house in Buffalo, NY. My wife and I and our pets will be moving to Washington, D.C. as soon as paperwork allows. I have lived in Buffalo for more than 19 years, longer than anywhere else, including my hometown. What a strange post to be writing. Let’s start with how I got here.

I came to Buffalo for school. The University at Buffalo is one of two state colleges that accepted me and my inconsistent high school efforts. It was a 2-hour drive from my family, which felt like a nice medium distance. The campus seemed very big, in large part because the hop-on, hop-off bus tour made the school seem more inside the actual city than it was. Before the campus tour, I had never been to Buffalo; I only heard about it during Super Bowls, and when my friend Eric missed school because his family was stuck here during a blizzard. 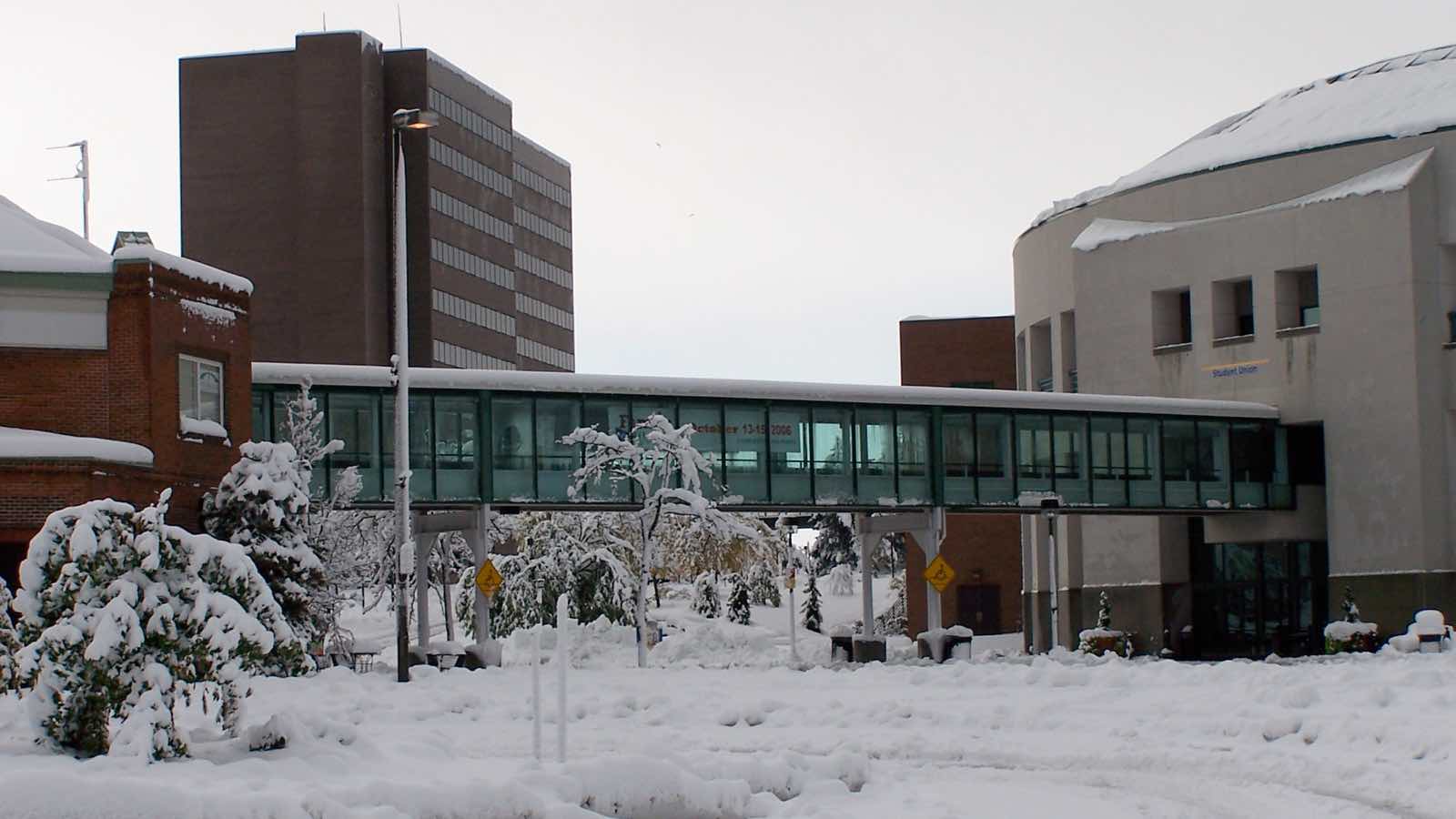 Most importantly, it was a sunny day when I toured. Many people I’ve talked to about their college-picking memories mention the big difference a single day’s weather made on their decision—when choosing their home for four years of their life. My wife says she rejected one school almost entirely because it was gray and raining when she toured. Now here I am, writing about my nearly two-decade experience in Buffalo, a city … not known for its sunny days.

After some initial flailing at various majors, I sunk heavily into the student newspaper, The Spectrum. The summer after my senior year, I landed an internship at The Buffalo News. I rented an apartment across the street from Kleinhans Music Hall. 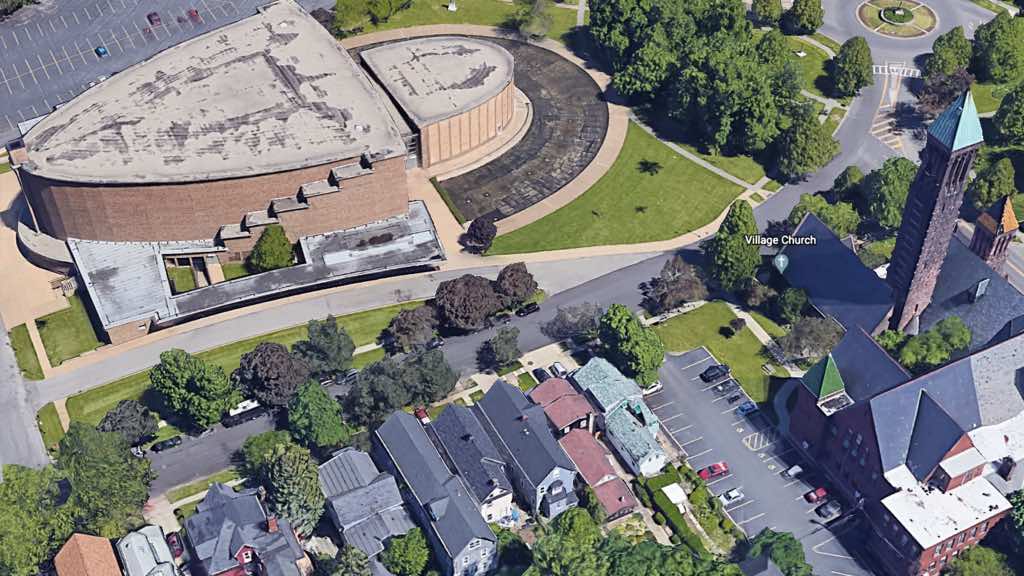 I was in that apartment when George W. Bush visited the concert hall to talk up the Patriot Act. Secret Service agents interviewed my landlord and me a few days before the visit. They told us to stay away from our windows. I, a dumb young man who thought he was crafty, raised a retractable blind just enough to peek at the incoming procession. A man on the roof of Kleinhans, carrying the longest gun I have ever seen in person, flung me a “down” gesture, while two other snipers simultaneously turned toward me. I must have stayed prone and still under that window for at least three minutes, just laying there, thinking about being killed because I wanted to see W get out of a black SUV.

I got to stay at the News as a long-term temporary, filling in for other reporters’ absences. Eventually the News Guild noticed, and demanded the News either hire me as a full-time reporter or send me away. For years afterward, I blamed the Guild for my exile, for stunting my career. Now I wish I knew who forced the issue, because I would pay their bar tab. Stay strong, News Guild.

I went to the Sandusky Register in Ohio for a bit. I almost didn’t come back to Buffalo. A fellow Buffalo News intern had recommended me to the Arkansas Democrat-Gazette, where covering Walmart’s headquarters might lead to a much bigger gig, maybe at the Wall Street Journal. My girlfriend in Buffalo made it clear that she would not follow my blind faith in newspaper meritocracy, and definitely not to Arkansas. She had stayed in Buffalo for law school in large part because of me; it was my turn to show some commitment. 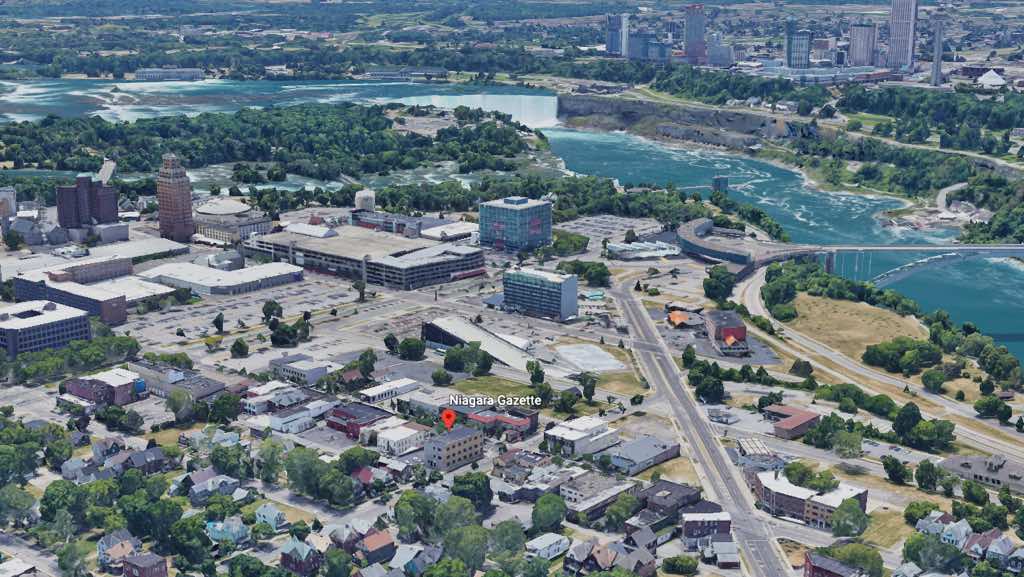 So I stuck with my future wife. An editor at the Niagara Gazette hired me over the phone, telling me it was “time to do some great writing.” When I arrived, I discovered that editor was fired, replaced by a company man from Community Newspaper Holdings, Inc. CNHI is as fun to work for as its name implies, and as committed to covering local news as Alabama’s pension fund allows. I remember a meeting where the publisher, addressing the staff in the cafeteria, tried out three different explanations of how our new health plan was actually cheaper for employees, so long as nobody got sick.

There are some people I worked with whom I can never fully repay for helping me survive the Gazette. Same with the Sandusky Register. You shouldn’t have to work illegally long hours in demoralizing conditions to form tight bonds, but it happens. I still talk with some of them. The rest should know that I remember, or at least cannot forget. 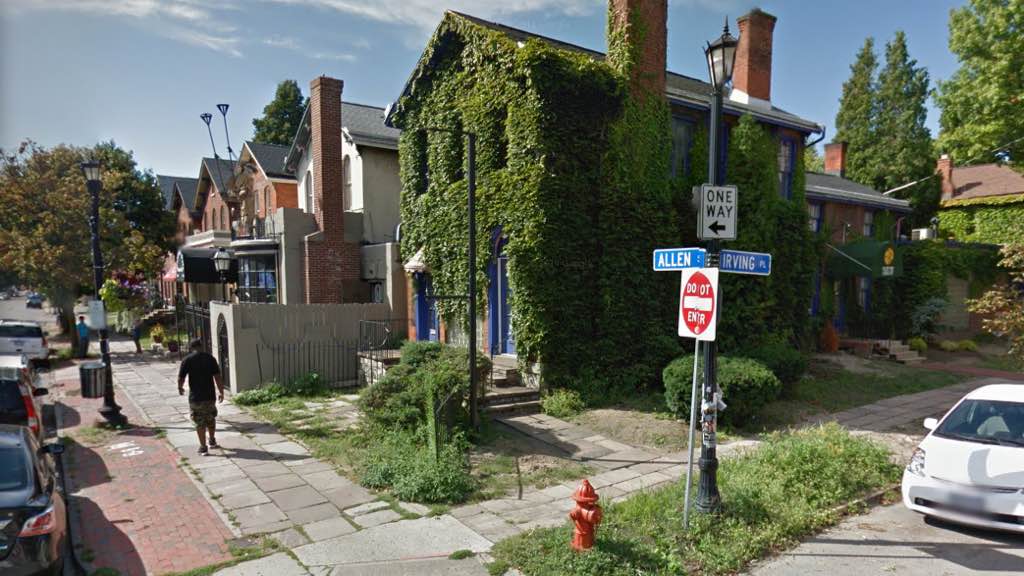 While I worked at the Niagara Gazette, I lived in an Allentown apartment above the “June 2 Model & Talent Agency,” which does not really exist. I don’t have the space or mandate to get into all the stories of living there. There is, however, a story about an Ice Cube Tray Invoice some friends hear about after a couple of drinks.

Eventually, I realized the Buffalo News was not simply playing hard to get, or waiting for me to write the most insightful feature on a Tonawanda vape shop. I noticed a goodbye post from an editor on one of my favorite blogs, then worked up the nerve to email Gina Trapani at Lifehacker. She gave me a try-out, then hired me, mentored me, restored my confidence. I’ve worked online and remotely ever since, which allows me to better support my wife wherever she needs to be. 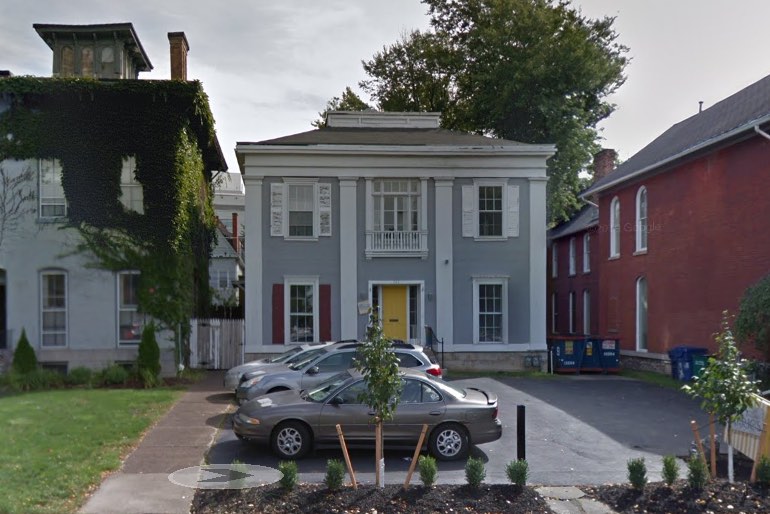 We got married in 2007. We rented half a house on Franklin Street in Allentown for about a year. We came close to buying a small house on Ashland Ave., then I got extremely cold feet. There was a 9-month detour to Rochester. Then we needed to move back to Buffalo again in mid-2009. This time, we wanted to buy a house.

My former copy editor at the News also did real estate, and showed us a bunch of houses here. I stood on the porch of this house in the early evening and called my wife at her job in Rochester. I told her it was worth driving out to see it, right then. Part of the reason we actually got this house is because the seller’s agent forgot to put a time and date on an open house announcement. Don’t let people tell you the real estate market makes any sense. 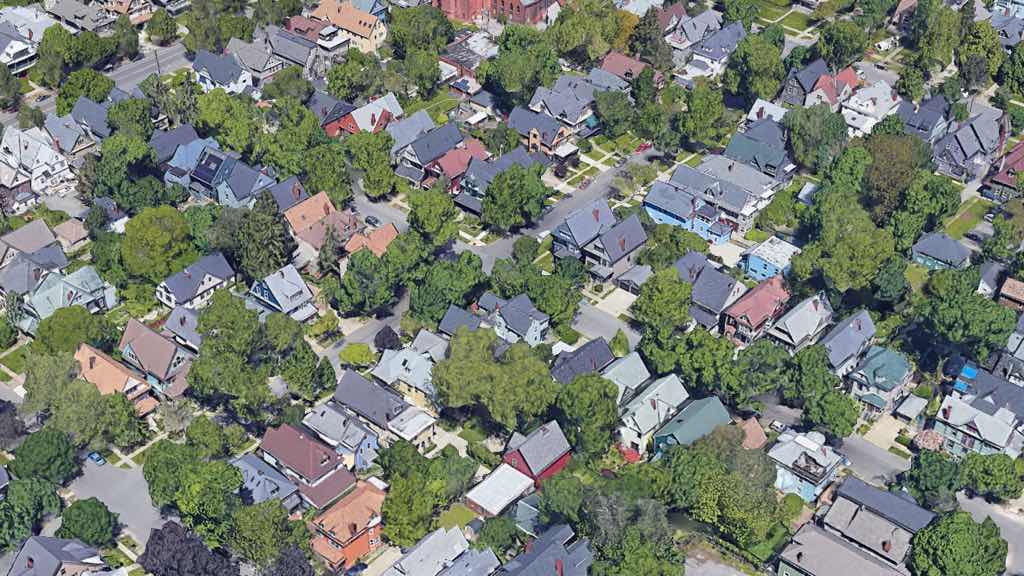 We ended up living in this house, in Buffalo, for 11 years after moving back. We both did a lot of Buffalo things. You can tell, because, as with many small or mid-size cities, everything has Buffalo in its name1. I was part of TEDxBuffalo, BarCamp Buffalo, Ignite Buffalo (the O’ Reilly version, not the incubator), OpenCoffee Club Buffalo, CoworkBuffalo, and Awesome Buffalo. I wrote for Buffalo Spree, and even the Buffalo News. I spent time at GoBike Buffalo and Creative Mornings Buffalo. My wife was president of the board at Housing Opportunities Made Equal, a volunteer for Say Yes Buffalo, an adjunct professor at University at Buffalo Law School, and, just recently, president of the Western New York chapter of the Women’s Bar Association of the State of New York. 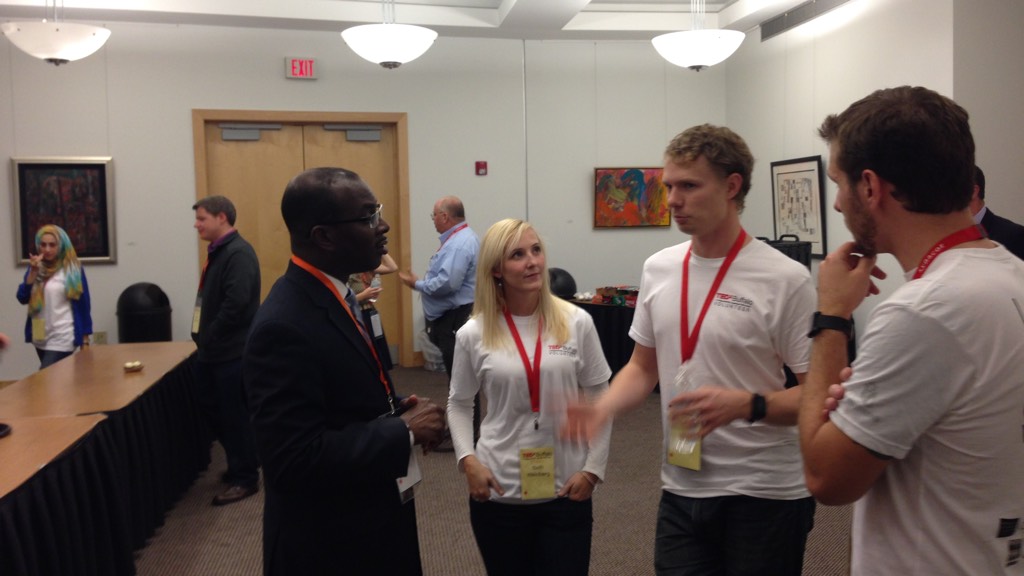 The only part of meeting Mayor Byron Brown I remember, from when he declared “TEDxBuffalo Day” in Buffalo, was explaining how a Pebble watch worked.

Mostly, we just lived here. A few relatives would always ask when we saw them if we were “still in Buffalo,” as if we got a flat tire in 1999 and our tow truck never came. Either of us could launch a spirited defense of Buffalo’s unique merits, its history, or even—with a lot of context and footnotes—its weather.2 We would cringe when local media flaunted the city’s appearance on a suspect list of “10 Best Places for Millenials to Buy a Chill Home” or whatever. There might be people who live in cities not compelled to defend them like a gangly friend on the schoolyard; not many live in Buffalo.

One of my Wirecutter coworkers moved to Buffalo with their partner in the spring of 2015, to escape the skyrocketing costs of Brooklyn. Part of why they moved was that I and another coworker vouched for the city. Ever since, I have been trying to validate that endorsement, showing them the area, talking up its origins, its oddities, and even its major, noteworthy problems (most of them rooted in racial segregation and extremely short-sighted planning). It’s been a blessing to relive my city through someone else’s experience of it. Even if they really dislike the local pizza style. 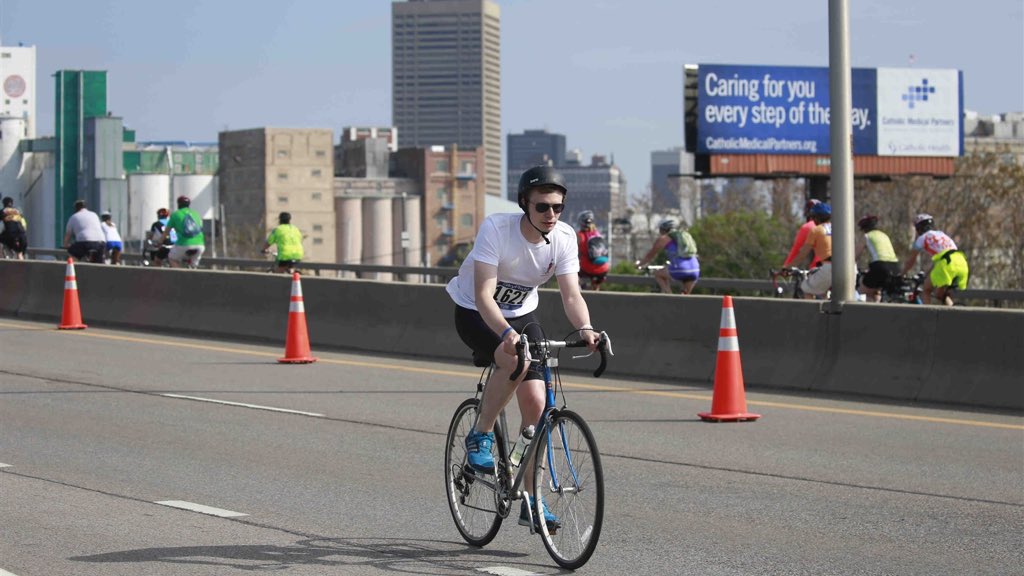 And now it’s time to go somewhere else. My wife has an exciting new job, and I’m ready to try something new with her. It’s going to be a very quiet goodbye. Because of the ongoing COVID-19 pandemic, there will not be a party, or “one last” drinks or meals, or visits to favorite restaurants, ice cream stands, festivals, charity events. We will have to make our own catharsis before the movers show up.

Here’s a first attempt. I wrote most of this post sitting in the same spot where I once sat writing a different post, shortly after moving into this house, when we had only just set up a couch, TV, and internet. The couch and TV are different, and so is the laptop. But the mostly quiet dark, mitigated by the streetlamp on the corner and the cobwebs around it, feels exactly the same.

22 years after my parents first dropped me off at UB, I am moving on. I am glad it was sunny that one day.