Excitery at the Ubuntu Farm 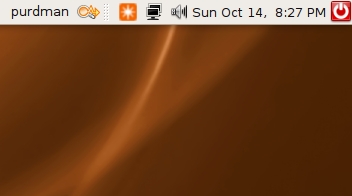 Colors I can never wear, but love to have on my desktop

Over at Lifehacker, I took a screenshot tour through installing the latest release from Ubuntu, 7.10, or “Gutsy Gibbon,” as it’s code-named. I plan to offer a few more comments here on what’s still missing from the most popular/buzz-worthy Linux distribution, but overall, I’m pretty satisfied.

The official release drops Thursday, and anybody can try out the system without touching a thing on their computer by downloading a “Live CD” at Ubuntu.com. Pop the CD in your drive, restart your computer and see what works, what doesn’t, and why Digg is always yakkin’ about the ‘buntu.

It might not generate the same kind of heat as the next OS X release, but for open source fans, it’s a twice-a-year scene, and it totally freaks us out.