Here is what I am Currently Digging now. 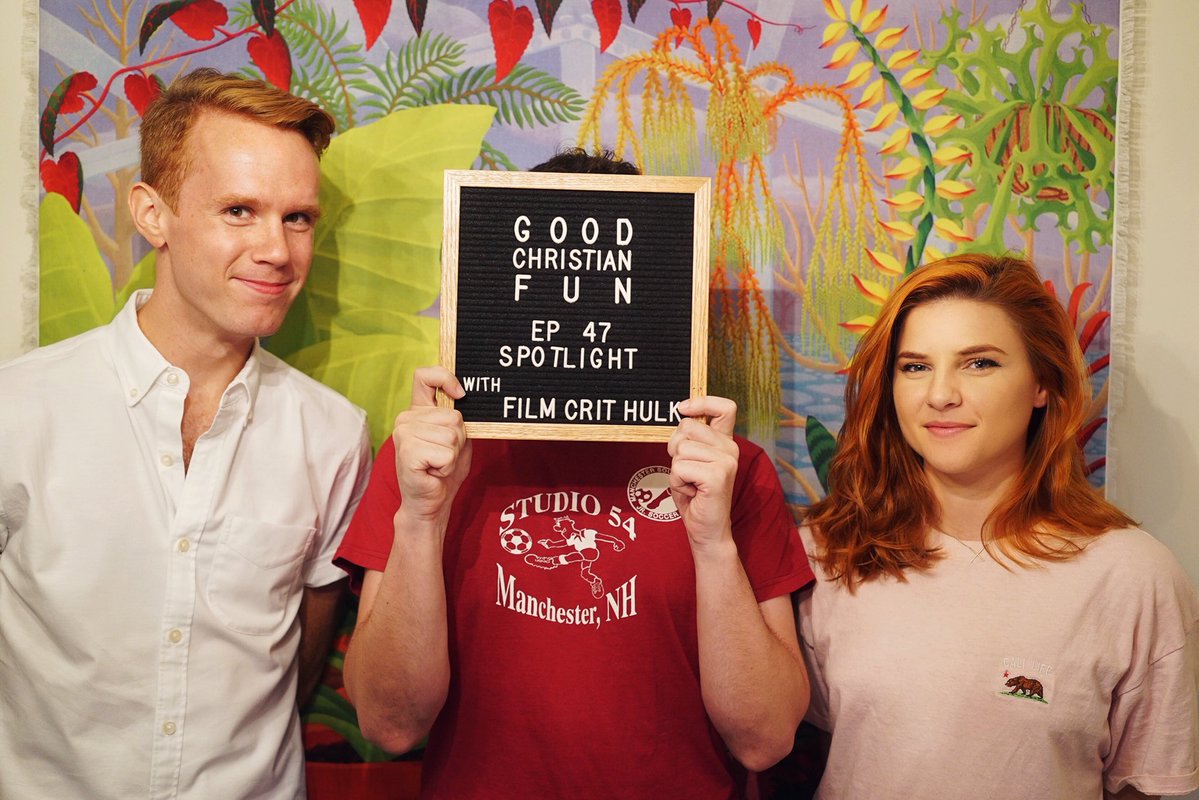 The co-hosts miss nothing when it comes to hypocrisy, woefully misguided messaging, and terrible film and audio production. If you want to laugh at this stuff, you’ll get your shots (listen to the Carman or Fireproof episodes for that). The critiques come from a warmer place than where snark comes from, though. I’ve learned more about what it means to be a modern, thoughtful Christian from these goofballs than any Christian church has gotten across to me so far.

If you have any friends who grew up in somewhat sheltered Veggie Tales homes, tip them to this.

The Great God of Depression. I’ve only just begun, but this podcast feels like I need to give it more space than just washing the dishes or walking the dog. You can read this excerpt if you’re not the podcast type.

Cults. This is a confession as much as a recommendation. This show is not remarkably insightful, nor packed with clever storytelling or immersive audio. It is two people with professional voices, reading what feels like lightly expanded versions of Wikipedia pages about cult after cult after cult.

I have listened to every episode to date, more than 50. I keep waiting to learn the one lesson you can learn from all cults, or for them to announce that, actually, people have stopped joining cults. But, no.

Droughtcast Speaking of lessons we never learn! Ryan Nagelhout and The Defenseman have made it through FIFTEEN YEARS of the Buffalo Bills’ record-setting no-playoff journey, game by game. Unlike the Bills, it sounds and feels like they’re hitting a stride right now, during the Rex Ryan coaching years. Some good misery explication here, folks. 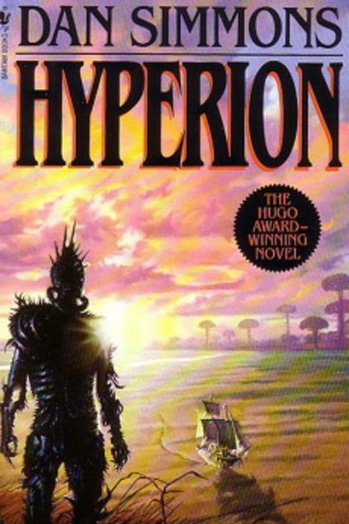 Hyperion and The Fall of Hyperion.Recommended by my personal sci-fi sommelier Chris M. I listened to the first audiobook chapter in my car, twice, trying to hold on. There are a lot of descriptions of interstellar communication channels, warp drives, currencies, federations, and a guy with an idiosyncratic grand piano in his personal spaceship. 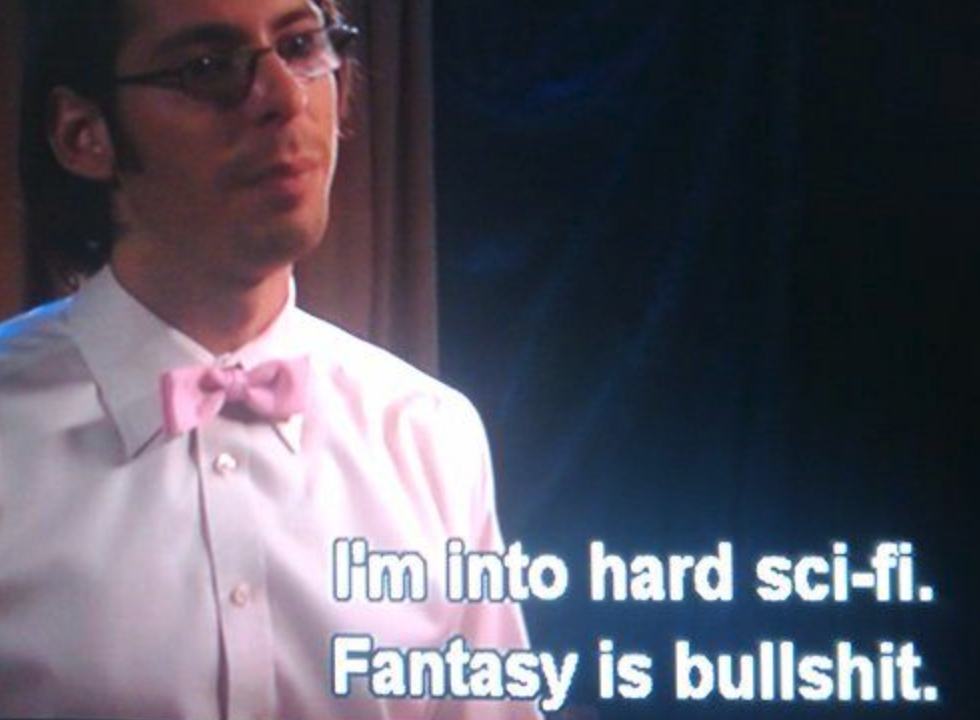 But! It’s worth the cold shock as you adjust to the waters. The world-building is good, the characterization is deep, and while there’s definitely a male view of sexuality, the female characters are on the same level as the men. There’s one character the book, and its sequel, could do entirely without (along with the thorough mechanical accounting of their romantic life).

Good, weird, deep. Also, if you happen to dig the Borderlands games, this is a key source material.

The Long Way to a Small, Angry Planet. Another Chris M recommendation, this one is very much in line with Hyperion, except written by a woman, smoother on introducting the technology and setting, and (so far, probably 50% done) … the characters like each other and support one another? I am actually taken aback at this. I’m used to camaraderie, not actual trust and support, in the pages of space soaps. It feels palliative, at this moment in time. 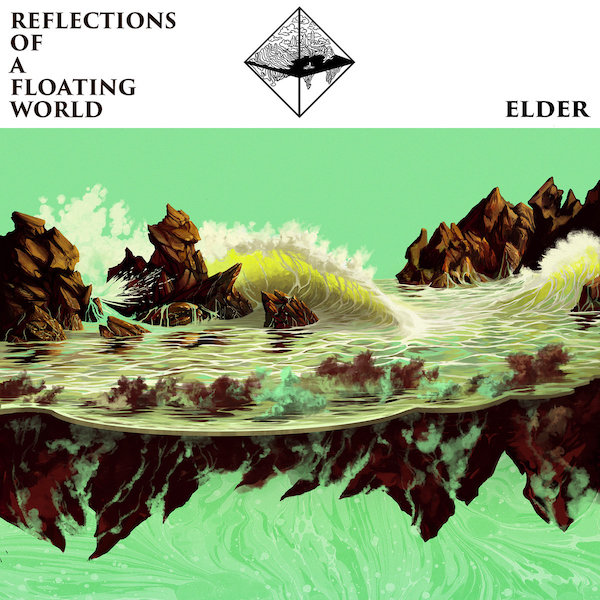 Crushing riff bands. My unexpected journey into stoner/desert/doom/sludge metal continues. Mastodon, Elder, the deeper catalogues of Pallbearer and Kylesa … I don’t know where this will end.

[las vegas] by burger/ink - The dream of 90’s IDM is alive in this album I had never heard of but now can’t believe existed quietly in its own greatness.

Grant Green’s entire catalog. Though you can start with “The Original Jam Master” compilations. The man played guitar like nobody else, he was way too humble his whole life about his talent, and I need to fill up an entire SD card with his tracks and keep it slotted into my car system. 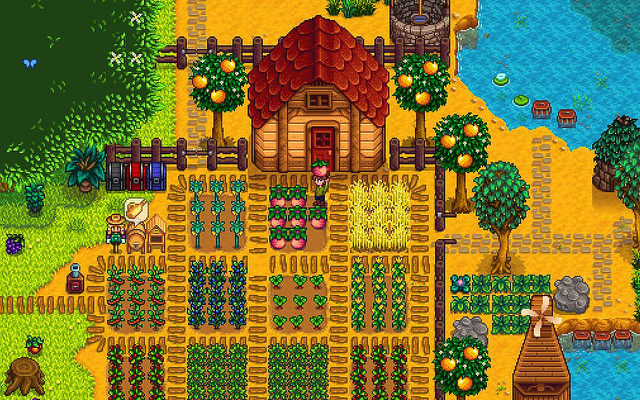 (Note: Not the author’s farm. He’s too lazy to go downstairs, turn on the Switch, find the screenshots folder, find a good screenshot, save it to the microSD card, pull the card, find a card reader, pull it, resize it, and save it here. Yeesh, Nintendo.)

Stardew Valley. Every 10-hour increment or so, it will occur to me, once again, that this ambitious, kind-hearted, nearly perfect game was made by one person. One.

I believe 16-bit/SNES-style graphics (and, to a certain extent, sound and sound effects) are better able to hit a perfect Just Enough level of immersion for small and independent games. You can get just enough depth from a terrain, just enough characterization out of your characters (sprites), and the actions can feel visceral enough that people fall easily into the game. There’s definitely some more modern-day things happening in Stardew Valley’s engine than what was available to a Super Nintendo, but not by much.

Younger friends of mine tell me that they feel a kind of fondness for the potato-block games of the N64 and that generation. But I think very few people today would make the choice to use those kinds of graphics, intentionally (I imagine the developers of Steam Early Access games that look like unlicensed N64 games wish they could look better).

It’s hard not to fall into the trap of believing that the things of your adolescence were OF COURSE the best things that will exist. In this case, though, I’m continually impressed that 16-bit-like games are still a modern, going concern, and indeed a serious choice made by epically large developers.

Chromebooks with Linux apps. My last Currently Digging contained a paean to using the command line for certain work and productivity tasks. I still love the command line! But the unwritten hassle of doing this is having a working laptop running Linux, or a Chromebook that has been modified to run a Linux desktop inside a shell, such that you have to hit Control+D when it boots, or else it makes an extremely loud warning beep.

But now Linux apps, especially little terminal tools, can be installed in a Regular Non-Beeping Chromebook. No “developer mode” unlocking, no finger-twisting keyboard shortcuts to switch between sessions, just a little toggle in the settings. It may not seem like a huge difference, but three things make this oh so wonderful:

So now I’ve got this little Solarized-blue side window on my Chromebook, where I can manage my calendar appointments and to-do lists. Sometimes I feel weird and want to write something in SublimeText.

Feeling like I can manage my stuff makes me actually manage my stuff and be a bit more productive and focused. Well, except when I’m researching new bash scripts for improving them. Ahem. 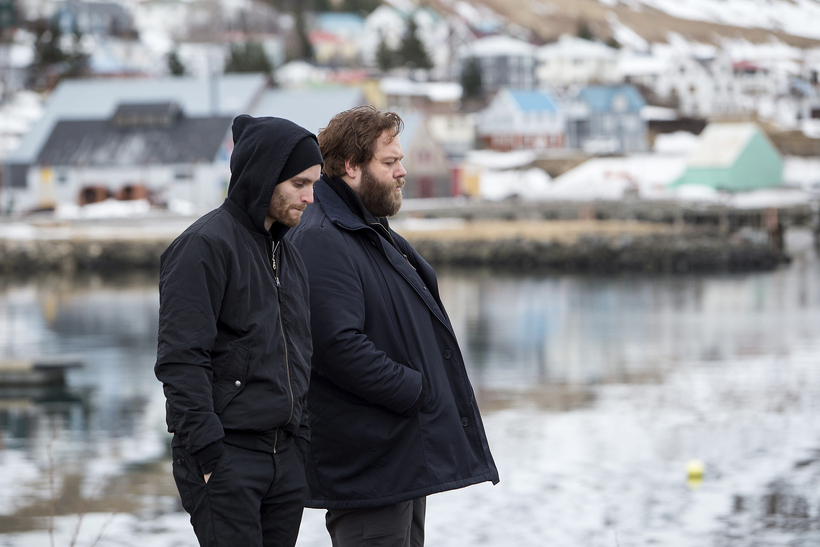 Trapped. Real good. A bit hard to follow with what seem like tricky subtitle condensations, and a slight cultural barrier, but worth the investment. Wife and I are watching the similarly bleak, Icelandic murder mystery Case, which seems less suspenseful, more gratuitous.

Great British Baking Show. Have watched every British season available in the U.S., now watching the “newer” season on Netflix.

Altered Carbon. It’s taking me more time to get through this one first season. I think it’s good, when I’m enjoying it? Good cyberpunk seems hard to pull off―making the character just hard enough, the setting hopeless enough, but expecting the reader/viewer/player to want to carry on with it.

Bojack Horseman. Every time I forget this show is available to me, I watch a new episode and enjoy it. And immediately forget it exists again. Probably a good thing not to binge this one anymore, like I did the first season.

Vietnam. Imagine a challenge more daunting than “Tell the story of America’s involvement in Vietnam.” How do they do it? Chronologically, with interviews and research. Bird by bird, as the great woman put it. Two episodes in, and most of what I thought about Vietnam is already discarded. Well, the stuff I read, anyways.