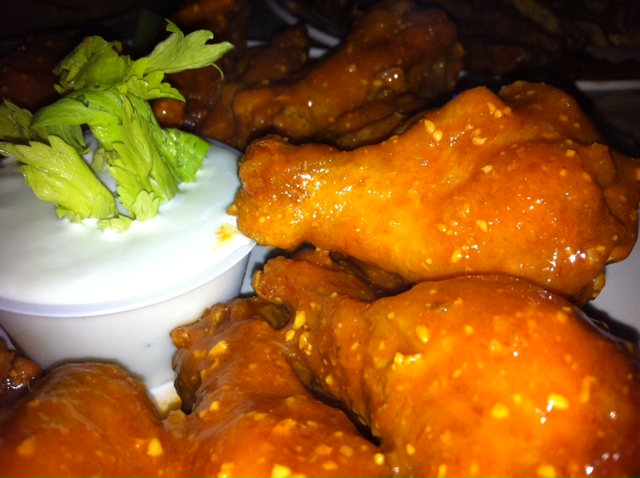 Photo via Buffalo Eats, who eats and shoots for all of us.

A reader (or maybe In Beta listener) wrote me an email recently, asking, as politely as possible for an out-of-the blue request, if the only guy he knew in Buffalo could recommend a few places for wings in a town known for them. This happens when you live here.

Here is what I wrote in response, lightly edited, with links added. I figure this is a good thing to post for posterity, so that I might answer with a simple link in the future.

First of all, you got that right: in Buffalo, they are just “wings.” I was contacted recently by an out-of-town reporter who wanted to reconnect with “chicken wings.” I refrained from mockery, but only just so. Then again, the Buffalo area was her hometown. Perhaps wings are something that drain out of the memory’s arteries after some time.

The TV/Wikipedia/history is that the wing was created at the Anchor Bar, on Main St. in Buffalo. The wings there are … okay. And the origin of the wing there is possibly apocryphal, as wings were very likely eaten by the African-American community here before an Italian-American bar owner claimed them as their own. Go to Anchor Bar for the ambiance and history, or if you’re nearby, but do not seek it out for culinary pursuit.

Here, then, is a list of my favorite wings in my town. I don’t know where you’re going to be in the greater Buffalo region, so I’ll widen out a bit. They are in rough order of preference.

I hope that helps. It was kind of cathartic to write.